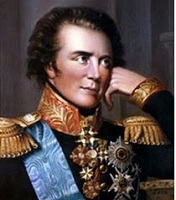 The starting point for this hike is the Dramaten at Nybroplan. Not because something dramatic happened during the war years. Although Gustav Mauritz Armfelt was the director of the theater under Gustaf III – and in the years following as general and conspirator James Bond’s time. One of the women who fell for his charm was the court lady Magdalena Rudenschöld. Their love letter, which revealed the plan to take power in Stockholm with the help of the Russian fleet, found Reuterholm’s spies at the post in Hamburg. 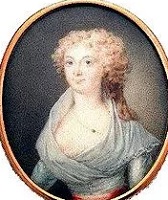 Magdalena was convicted of treason, first to death and then internment at Långholmens spinnhus. The display at the shoal at Riddarhustorget was not a punishment intended for Magdalena won the sympathy of the people. Armfeldt escaped execution because he was hiding in Russia. Gustav Adolf Reuterholm not only ruled over the young king’s guardian, Duke Carl, but also over a number of police and spies. 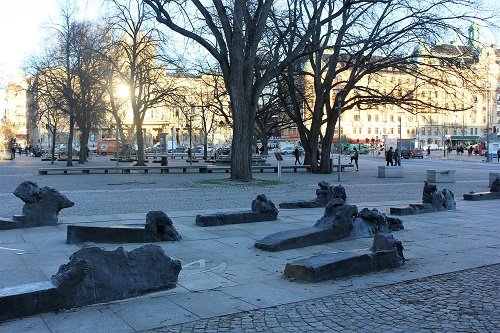 Almlöfsgatan 3 in Dramaten’s stage house was formerly wig maker Carl Lundh. During the war he had a demand for beards and wigs from personnel at the military C-office and probably other agents. New Maps Google Maps 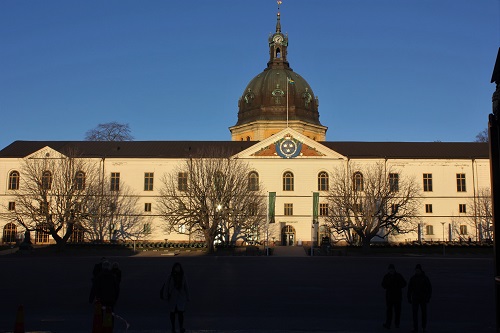 The Museum’s Exhibition War and Peace of the 20th century has a Raoul Wallenbergrum, weapons and signal equipment from the Second World War. Among other things, the Germans encryption machines G-schreiber and Enigma. 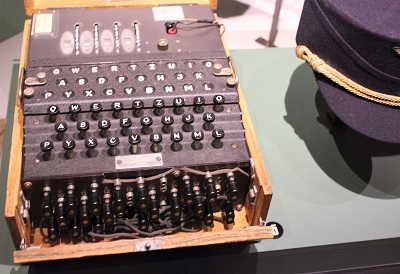 The Norwegians had Willy Brandt with the Swedish-Norwegian News Agency on Vasagatan 37 and the hidden contacts in the home at Hammarby Heights. 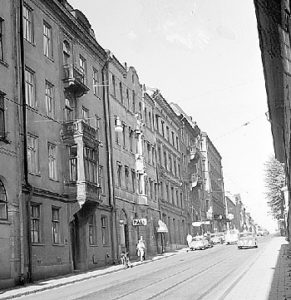 His Danish counterpart was Berlingske Tidende’s correspondent Ebbe Munck, who handled both propaganda and secret operations from his two-room apartment on Sibyllegatan 13. 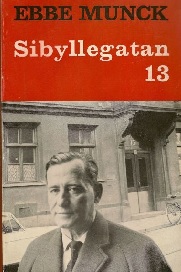 Munck was also in Spain during the Civil War and had a past as a diplomat in Asia and served the future Queen Magrethe as Chief of Staff. After Stalingrad, as a member of the Danish Freedom Council in Stockholm, he was given the opportunity to propagate, among other things with Willy Brandt and the leftist radical Ture Nerman (best known as Lenin’s companion in Stockholm 1917 and as the Solstick boy on the matchboxes). for Jews and allied pilots across the Sound in one direction and weapons in the other. A refugee was atomic scientist Niels Bohr, who was hidden in an apartment on Strandvägen, before being flown to England in the bomb pocket of a Mosquito. For the Germans, Bohr was very proud of the fact that in the Copenhagen laboratory he laid the foundation for developing the nuclear bomb, a research he later continued in the Manhattan Manhattan Project. Also contributing to these discoveries was German-Austrian Jewess Lise Meitner, who, after the flight from Berlin, researched at the Sigbahn laboratory at KTH. Stockholm was said to be in the eye of the storm. 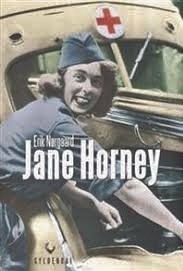 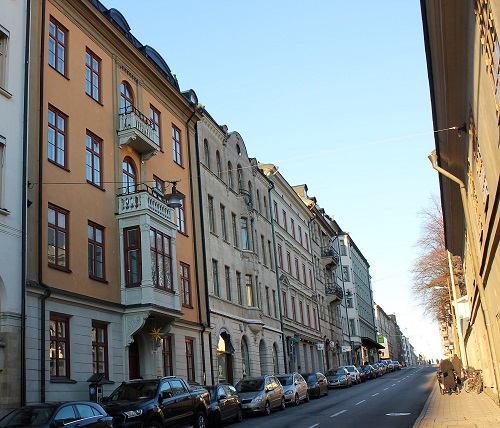 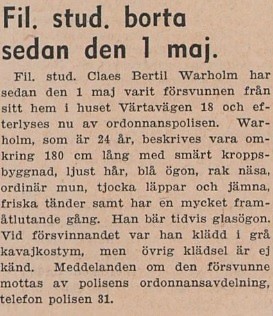 In September 1944, the police in Svenska Dagbladet called for the student Claes Bertil Warholm who disappeared without a trace.

Behind the search for Warholm hides an execution completely in the style of James Bond’s knife murder of a Norwegian double agent in 1943. The murder was found in his first book Casino Royal  . Perhaps Ian Fleming was inspired by the sudden death of Warholm in 1944 at the Norwegian legation’s military unit on Skeppargatan. Fleming worked for the English and American intelligence services, both in close contact with the Home Front.

In 1938, as a private student, Warholm took the student at Östermalmsgymnasiet two blocks up to Karlavägen. The college studies pulled out at the time before he trained opponents near Trondheim. Gestapo put his claws in him and he became a double agent.

Perhaps he helped Sonderabteilung Lola torture and kill a number of freedom fighters under the notorious Henry Rinnman. One was x Pevik and therefore his brother Arthur suspected that Warholm leaked to the Germans. Pevik and Odd Sörli, both in the British SOE Special Operations Executive, kidnapped Warholm in July 1944 and shot him inside the Norwegian legation in Stockholm. 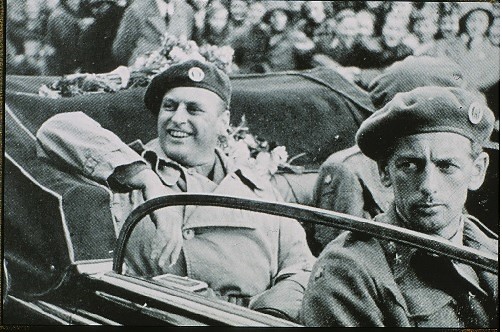 Arthur Pevik as bodyguard for Crown Prince Olav at the liberation

The secretary of the office, Ida Lindebräcke (after the war married to legendary Max Manus), took care of the body, which was rolled in a mat and buried down on Lidingön. The perfect murder for the substance was not found and the two SOE agents were not held responsible.

Today, Piratförlaget is located on Kaptensgatan 6 with Jan Guillou as heavyweight. In the memoirs The Power of the Word he writes how he was unlawfully convicted in 1973 for revealing the S-controlled Information Bureau. IB was a merger of the T-Office and the military intelligence service, both originating from the Second World War.

As one of the last prisoners on Långholmen, he wrote half a novel during ten months. This and contacting the KGB in the late sixties was useful experience for writing the books with Captain Carl Hamilton, who came out the decade after the Palm murder.

The story sits in the publisher’s walls because in the house, Goebbel’s German propaganda center appeared during the war. Two magazines were  German voices and the TR-Time Revue . The worst propaganda was concealed with a cultural remnant because it was aimed primarily at the Swedish cultural elite. Crown Prince Gustaf Adolf and Princess Sibylla were among those active in the Swedish National Association Sweden . Members were the research traveler Sven Hedin, the sculptor Carl Milles and the author Fredrik Böök. 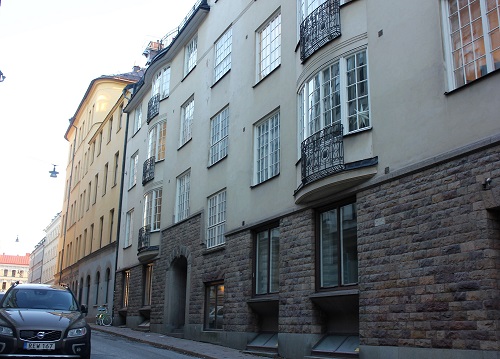 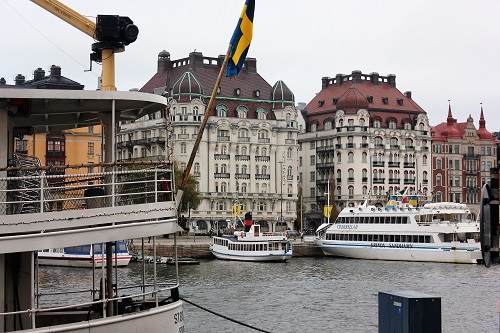 From the top Strandvägen 7 looks like a pair of pants. In the leg closest to Dramaten hotel Esplanade on 7A. During the Second World War, the seat of the American legation, after 1942 the intelligence service was smuggled in there (CIA’s predecessor, the Office of Strategic Services). 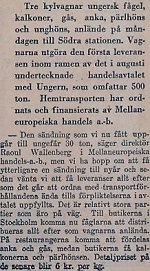 In a couple of rooms at the same address were found after the move from Blasieholmen Central European Handelsbolaget with Raoul Wallenberg and his companion, Jewish Hungarian Kálmán Lauer. The company went awry. The geese that came in railway wagons from Hungary were rotten. Customers complained about the guinea fowl and turkeys from the same country. In the other leg, Diplomat at 7C, which was then the address of the German military attache von Uthmann. After the German declaration of war against the United States in 1941/42, the agents probably sat and scanned one another across the yard. In the “trouser branch” 7B where two Croatian terrorists murdered the Yugoslav ambassador in 1971, which led to hijacking and terrorist teams. 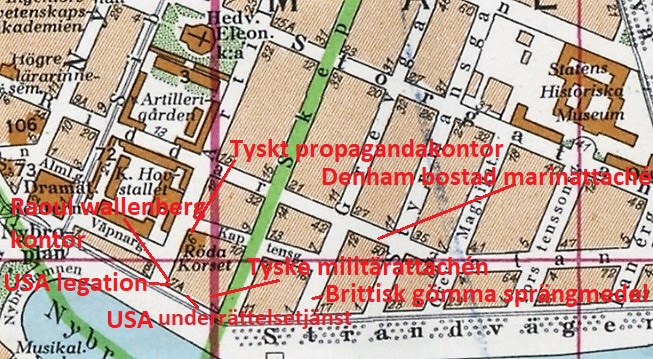 At the beginning of 1944, US diplomat Iver Olsen invited Kálmán Lauer to the Central European Company when they landed in the same elevator at 7A. Is there anything Swedish who knows about Hungary asked Olsen, who represented the newly formed World Refugee Board. Lauer, who was worried about his deported relatives in Budapest, answered directly: Raoul Wallenberg. 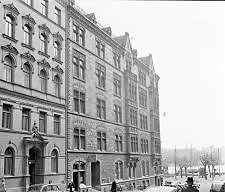 On April 20, 1940, the police search the house in a basement store under the farmhouse on Grevgatan 4. They found a store with explosives enough for the whole house and perhaps several to fly in the air: 84 kilos of explosives and 34 kilos of other explosives. In addition, 320 fire bombs and ignition devices. 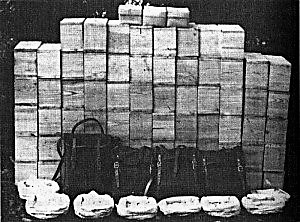 No ordinary safeguards realized the police the day before the arrest of Englishman Alfred Rickman . The room was rented by English tea maker Ernest Biggs. The purpose was to destroy in the port of Oxelösund the cranes that loaded ships with ore for export to Germany. The harbor was well-guarded so the plan was written off. British military attache Reginald Sutton-Pratt claims to have interrupted the assault on the advice of Gustaf V.

Rickman and his buddies revealed the sabotage plan except that it was Prime Minister Chamberlain and Marine Minister Churchill who gave orders to the Secret Intelligence Service (SIS, later MI6). Five of the assailants were sentenced, Rickman received eight years of criminal work but was pardoned in 1944.

High-quality Swedish ore was important for the German armor, an export that the British wanted to prevent. The German occupation on April 9, 1940, put an end to the Englishmen’s plan to conquer the Swedish ore fields. 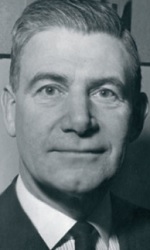 British Navy Attorney Henry Denham lived in a four-room apartment at 46 Riddargatan. Opposite the security police’s scouts and their colleagues shadowed him in the town. A microphone in the chimney aroused suspicion. Denham took guests up in the attic to surprise the Swedish scouts.

Prior to 1943, contact with the military on the General Staff was chilly with the British – with one exception, Colonel Carl Björnstjerna . Locked in the service room exchanged the oral messages, which in some cases came from the decrypted German telegram traffic. Sports interest united. He was surrounded privately with the Colonel married to Sonja Wallenberg, sister of Jacob and Marcus. It was perhaps a shelter when contact with Denham was revealed in 1942. 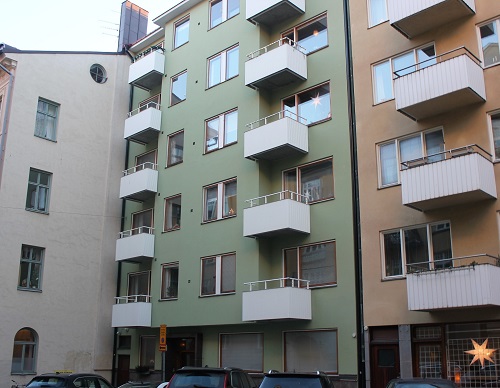 At noon on May 20, 1941, from the cruiser Gotland on exercise outside Vinga, a German naval force was discovered on its way north . A reconnaissance plan was sent to confirm. The two largest turned out to be the battleship  Bismarck and the cruiser Prins Eugen. 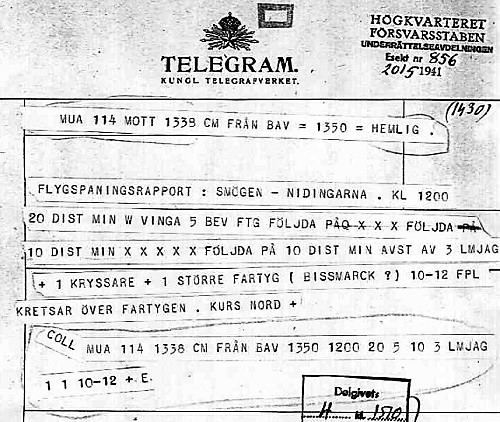 Captain Ågren signaled the discovery to the commander at the New Shipyard, who in turn informed the General Staff’s intelligence department. The second officer at the C-office, Helmuth Ternberg, in the evening contacted the Norwegian exile government’s military attaché in Stockholm,  Alfred Roscher Lund, who in turn immediately went to the English legation on Strandvägen 82. His friend, the British navy attache Henry Denham, was not there but was sought out a restaurant. Denham rushed to the legation to telegraph to the London Admiralty. 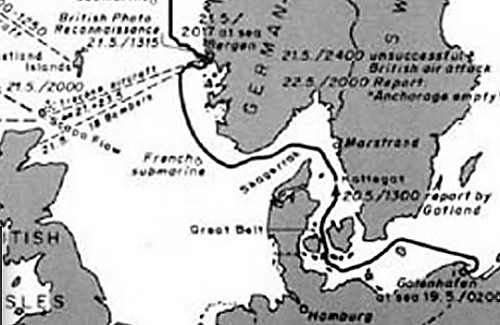 Thanks to the early warning , the British were able to trace the vessels to a fjord outside Bergen. After the battle near Greenland, when the English lost the cruiser Hood, Bismarck was so badly damaged that the ship was later lowered.

Denham never paid agents. Sports interest contributed to good relationships. One was to former Olympic champion Björnstjerna on the General Staff. Others were the military attaches Rocher Lund and Ebbe Munck from Denmark. This is how the Nordic Casablanca worked.